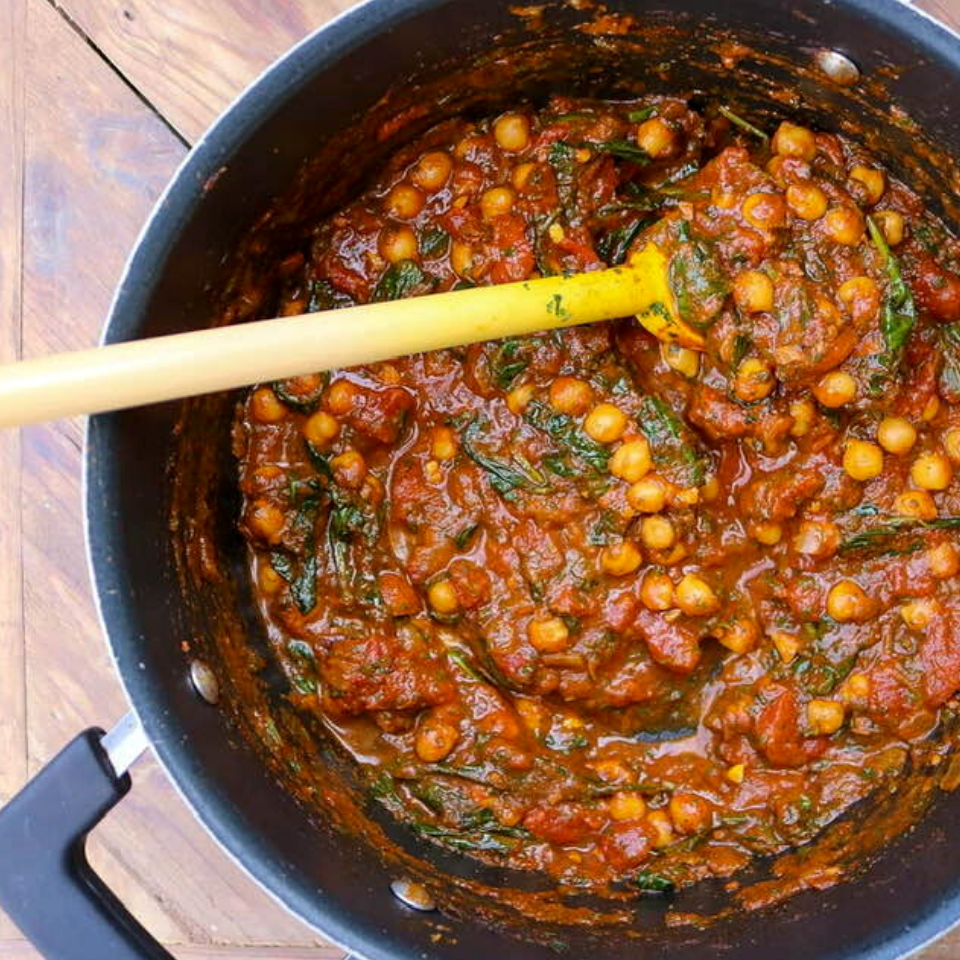 If you’ve never had Moroccan tagine, then boy are you in for a treat. This is my vegan take on the North African Stew. I make mine with canned tomatoes, chickpeas, spinach, and many warm, aromatic seasonings and spices. This vegan Moroccan tagine is straightforward to make, healthy, and full of flavor.

What is Moroccan tagine?

It is a North African slow-simmered stew. It’s savory, yet slightly sweet, and full of warm spices. It tastes quite different compared to the average stew an individual may think of. This stew contains spices like cinnamon, ginger, and turmeric; slightly unusual, but delicious nonetheless.

Tagine is also on the thicker side, making it the perfect dish to serve over a grain. I even often eat mine on top of a baked sweet potato. I think the sweet potato pairs perfectly with all of the warm spices and bulks up the dish making it a bit more of a filling meal.

This recipe is great for meal prepping!

I love using this recipe for my meal prep because it’s straightforward to make, on the healthier side, and I can eat it with different grains or starches (meaning I won’t get tired of it so quickly)!

This vegan Moroccan tagine recipe is easy and quick to make as long as you have the full recipe prepped and ready to go before cooking. I always gather together all of my spices in one bowl and all of my wet ingredients in another. I then chop any component that needs to be chopped. Doing all of this prep work ahead of time will save you from running around like a crazy person.

To make this tagine, I saute yellow onion until soft. I then add in fresh minced garlic and all of the seasonings and spices. The kitchen immediately fills with warm aromatics; I love it! Next, I dump in my wet ingredients, which are mainly canned tomatoes and vegetable stock. I then cover the pot and allow it to simmer for around twenty minutes.

Next, I add in cooked chickpeas and allow the stew to simmer for a bit longer to thicken slowly. Once thick, I turn the heat off and add fresh baby spinach, parsley, and cilantro. I like the addition of spinach for extra nutrients. The parsley and cilantro give the tagine a lovely bright, fresh flavor since they’re added in at the very end.

Feel free to add some veggies into the tagine!

I think adding in carrots, potatoes, eggplant, or squash would be delicious. The addition of chopped vegetables will bulk up the tagine and add even more nutrients. If adding in a harder vegetable, like potato, I would recommend par-cooking it beforehand. If adding in softer ones, such as eggplant, saute them in the pan after the onions have softened, just until they have slightly softened too.

What can I eat with the tagine?

You can eat this vegan Moroccan tagine on its own or over a bed of your favorite grain or starch! Like I mentioned earlier, I love eating this tagine over a baked sweet potato. It also pairs deliciously with naan bread. If I’m not so worried about eating healthy, I will have a side of my Homemade Vegan Naan Bread and scoop it into the tagine for an ultra, comforting meal. I definitely recommend trying it with a side of naan!

If this Moroccan tagine recipe looks tasty to you, I think you will feel the same way about my three-bean vegan chili! It is also a fantastic meal prep recipe, perfect for this cooler time of the year, and so, so delicious!

If you make my vegan Moroccan tagine, don’t forget to post a picture to Instagram, tag me @chefsummerstorm, and #gardengrub so I can see your recreation! 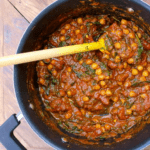 Author Chef Summer Storm – garden grub
This is a vegan take on the classic North African stew. The base of this stew is made with tomatoes flavored with tons of warm seasonings and spices. Added to the stew are chickpeas, spinach, and fresh herbs. It is perfectly thick and goes delicious over a baked sweet potato or rice, and with a side of naan bread.
Print Recipe Pin Recipe
Prep Time 20 mins
Cook Time 55 mins
Total Time 1 hr 15 mins
Course Dinner, Main Course
Cuisine American, North African
Servings 5 people

How to Make a Single-Serving Vegan Chocolate Chip Cookie 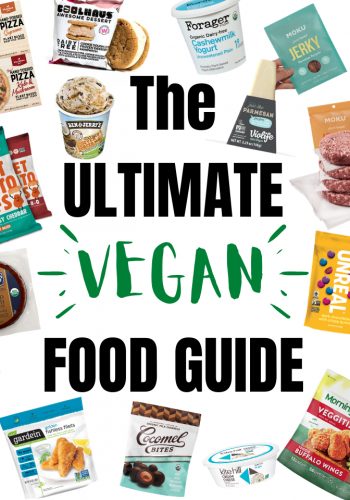 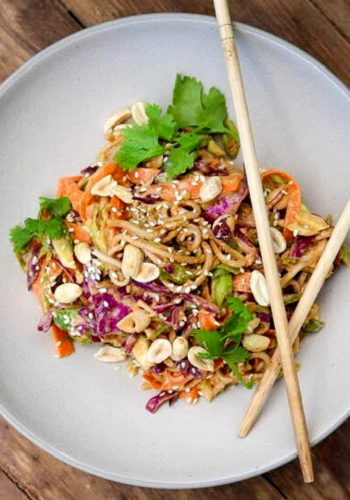 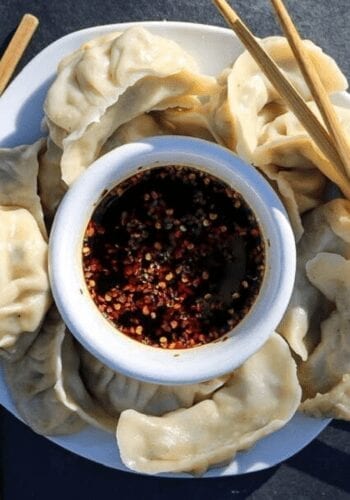 How to Make Vegan Potstickers Completely From Scratch