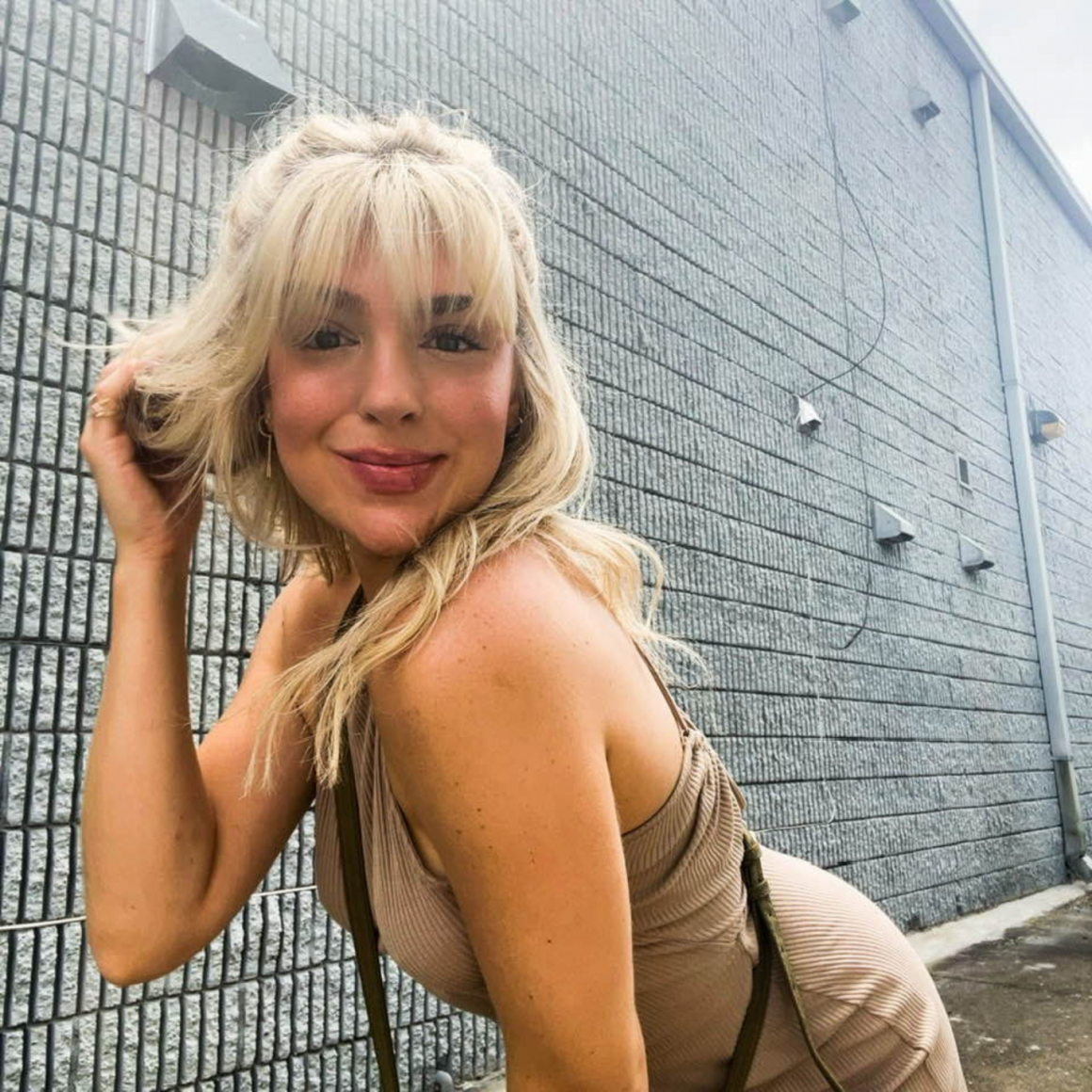 Here’s my complete back story, which all leads up to my current vegan journey-

I have ALWAYS loved food! My mom has a photo of me when I was three years old, cutting up a hot dog with a butter knife. I was helping her make hot dog casserole. Gross… and.. gross… I hate hot dogs and what even is hot dog casserole?! Haha. By the young age of six years old, I was already making meals entirely on my own. What I’m getting at is that cooking isn’t a passion I recently picked up.

I have also had an enormous amount of love for animals for as long as I can remember. I grew up with several different pets, from cats and dogs to ferrets, hamsters, birds, and snakes. Compassion for animals was instilled into me at a young age and is the main reason I’ve gone vegan. Helping out the planet and bettering my health (to name a couple of other factors) were always in my mind too. My love for animals, though, was my first and foremost reason for going vegan.

I first attempted vegetarianism way back in high school.

When I was around fourteen years old or so, I attempted to go vegetarian. I say attempted because I didn’t put much effort into it. I think I lasted maybe a week if that. It was so challenging for me to eat a vegetarian diet because I had to eat what was made for me at home and school, and usually, there was meat involved. I remember, so vividly, one morning in class that week, I almost passed out, due to probably undereating because I so badly didn’t want to eat animals. Unfortunately, that scared me, so I gave up and went back to eating how I was being raised.

At seventeen years old, I applied to the Le Cordon Blue School of Culinary Arts in Minneapolis, Minnesota, and I was accepted a couple of months later. I’ve now cooked in restaurants for the last eight years or so. And, I’ve been a sous chef, and also a pastry chef, for the last three of those years.

Even though I’ve always loved cooking, I began to feel a lack of passion somewhere along the way in my restaurant journey. For example, I didn’t get excited like the other cooks did when the chef ordered a new cut of steak, soft shell crabs, or a whole pig… I couldn’t and would never be on board. I still loved food so much, but I began to realize I needed to make a change to feel the passion I once felt.

And so, my vegan journey began.

Roughly four years ago is when I became familiar with veganism. I didn’t even know vegans were a “thing” until then. Seriously. I actually didn’t know there was even any harm in eating eggs and dairy, and so I only ever wanted to cut meat out of my diet.

I started researching and watching a ton of YouTube videos and documentaries. I vividly remember the moment I considered going vegan, and I’m not going to lie, it scared the crap out of me. I immediately felt overwhelmed because it was such a foreign thing to me and knew it would forever change my life.

How did I switch to the vegan side?

First, I went pescatarian. Then within only a couple of weeks, I went vegetarian. I continued watching more and more YouTube videos and documentaries on why and how to go vegan. Quickly after that, I decided to dabble my toes into veganism. I did not do it overnight, but rather gradually.

First, I cut out all visible dairy and eggs. So, I would still eat foods that had those hidden—for example, cookies. I ate them because I couldn’t see the dairy or eggs. But then, within a month or so, I completely omitted all dairy and eggs. I go into further depth on this subject in my FAQ part of the blog. Click here, scroll down, and read, “How did you go vegan?”

But then one night I gave in and ate dairy cheese, ugh!

Yes, I slipped up and ate cheese. Cheese pizza, to be exact. BUT, it was the final thing that made me officially go and stay vegan. I came home late one night from work, had no food in the house, and so I ordered pizza, not even thinking to order it without the cheese. I couldn’t even eat two slices or any of the leftovers the next day, and I think we can all agree that leftover pizza is the best!

I remember feeling disgusting while eating the pizza, too, knowing the cruelty behind it. My stomach hurt for the next couple of days, and I also felt crappy mentally. This ended up being a significant turning point for me, though, because, as I said, I never ate animals or animal by-products again. Woohoo!

And, a little under a year later, my YouTube channel was born!

The passion and spark I had for cooking that was slightly fading finally came back when I jumped into the vegan world. I was stinkin’ excited to play around with new ingredients and to try all sorts of unfamiliar foods. I quickly began to learn so much about cooking and baking as a vegan that I just wanted to share my knowledge with anyone else who wanted to know, too. I wanted to show people that vegan food does not have to be boring and that it can actually be fun and incredibly delicious.

Thus, my YouTube channel was born! On there, I mainly share how to make my recipes and ‘What I Ate Today’ videos. Sometimes I also post videos sharing my favorite obsessions, from vegan food to cruelty-free beauty products to random, miscellaneous things!

It was May 14th, 2020, at 2:50 P.M., to be exact, when I decided to take the plunge and officially buy my domain name for garden grub! Like many people, I began to have a bunch of free time due to Florida being on lockdown, which made me realize I wanted to change my life. I wanted another project to work on, another goal to work towards, and another platform to share my recipes on.

I thought creating a website would be SO easy, but wow, was I in for a stressful ride! Because little did I know, it is much, MUCH more complicated than what meets the eye… I will admittedly say that this process has almost caused me to have several break downs due to learning all of the behind the scenes. But, I can proudly say that I built this baby nearly from scratch and with zero knowledge in the beginning! So, FINALLY, with a lot of time, patience, hard work, and the help and support from my Mom, garden grub was published (in secret, to test things out!) on September 20th, 2020. It was publicly announced AKA officially published on October 3rd, 2020!

Now let’s talk about my RECIPES!

Here on garden grub, you will find my tried and true vegan recipes that I 100% stand by. First and foremost, my recipes are FLAVORFUL. One of my number one, largest pet peeves is when food has no flavor because I always see the potential it could have had. Secondly, I don’t discriminate against healthier recipes or junk food recipes. I like to look at life like it’s all about balance. I want to cater to everyone, including myself! Third, I don’t use crazy ingredients that most people haven’t heard of before. This is because I understand not everyone is a gigantic foodie like myself, nor does everyone have access to every single fancy-shmancy ingredient out there.

My mission is to show people that vegan food does not have to be bland, boring, and gross. My recipes are always the exact opposite. With that being said, my favorite recipes to create are my copycat ones! I love trying to recreate and veganize famous recipes. Such as a recipe from a popular fast-food chain or a super nostalgic, store-bought snack that I always ate as a little kid!

And, I’m so ecstatic to say that most of the time, my food has people saying, “..this is 100% vegan??” I love that because it means I’m doing something right.

If you make any of the recipes from garden grub, please take a picture! I LOVE seeing your recreations. Post them to Instagram, tag me @chefsummerstorm, and #gardengrub so I can see your recreations!