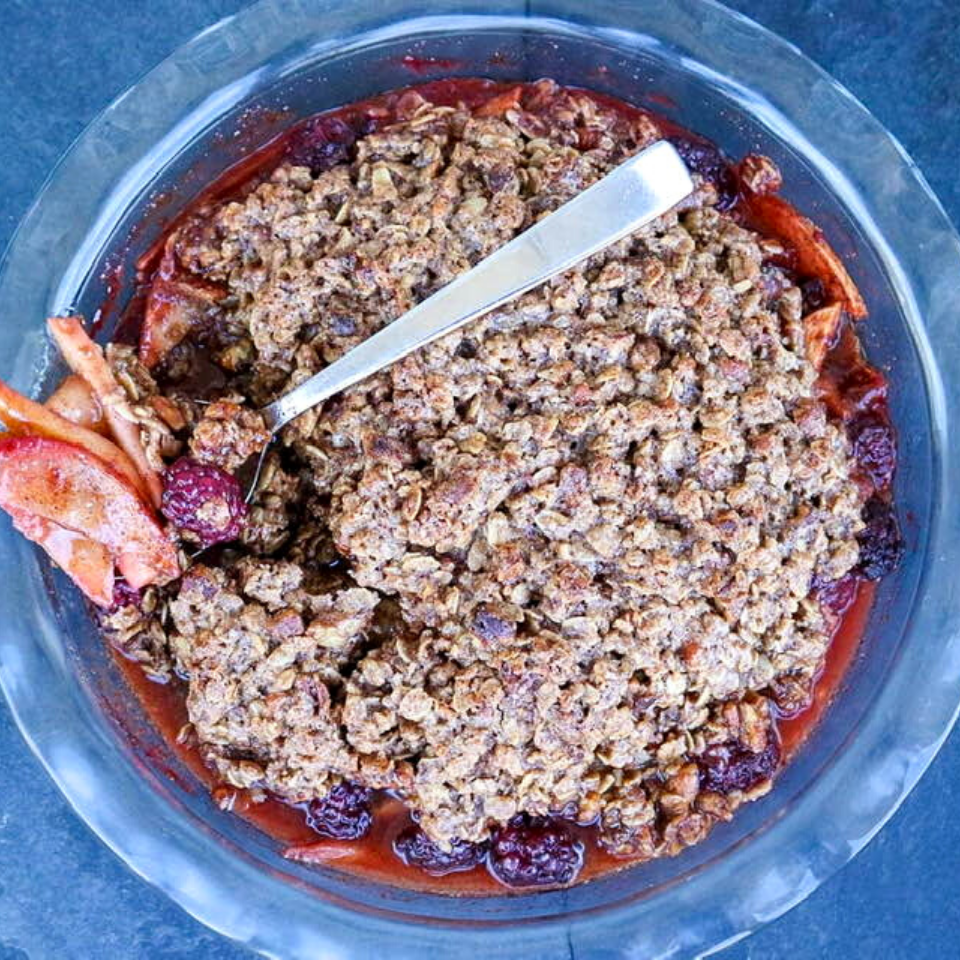 This dessert is one of my go to’s as soon as the weather starts cooling down. It is sweet, buttery, nutty, and full of warm flavors. It’s soft, crunchy, and even saucy. I think it is a must to eat this vegan pear and blackberry crisp with a scoop of vanilla bean ice cream on top; they are a match made in heaven.

I toss together sliced pears, blackberries, lemon juice, cane sugar, and cinnamon. This mix is the base of the crisp, which I lay in a buttered baking dish.

I stir together flour, oats, brown sugar, chopped pecans, cinnamon, and salt for the crumble topping. I then rub cold vegan butter into that dry mix until well incorporated. Next, I evenly distribute this crumbly mixture over the fruit and bake it for thirty minutes. Truly so stinkin’ simple to prepare!

Once the vegan pear and blackberry crisp has slightly cooled down, the crumble topping gets nice and crunchy. The fruit releases a lot of juices while baking, which I like. The juices almost make it feel like the dessert has a sauce, which tastes phenomenally delicious served with vanilla ice cream. I love the way vanilla ice cream pairs with the crisp because it balances everything. The crisp is sweet, so when paired with something “milky,” like ice cream, it evens the taste buds out.

This is the perfect vegan dessert for a cozy night in. . .

Whenever I eat this crisp, I guarantee you I have my feet on the couch, knees up, blanket wrapped around me, with a good movie playing. This dessert puts me in the coziest of moods. It’s just such a warm, festive recipe that I always look forward to around the end of the year.

This crisp would also be a perfect recipe to bring to the table for the upcoming holidays. It’s easy and quick to make and has always been a crowd-pleaser amongst my family and friends. PSST- I’ve even served this at a fine dining restaurant I once worked at for a special holiday menu, and it was a HUGE, successful hit!

This recipe is also easily customizable.

Read my “tiparooskis” below the written recipe for my substitute suggestions. Whether you make this crisp the way I have it written or choose to make a change according to my substitute suggestions, I think you will adore it. If this crisp recipe looks like something you’d enjoy, I think you might also enjoy my Easy & Chewy Vegan Ginger Molasses Cookies. Like the crisp, these cookies are full of warm, comforting flavors and is another popular recipe for the holidays.

If you give this vegan pear and blackberry crisp recipe a try, don’t forget to post a picture to Instagram, tag me @chefsummerstorm, and #gardengrub so I can see your recreation! 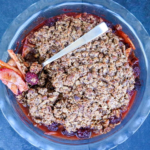 Welcome to the tip section of vegan pear and blackberry crisp! Here I provide my top tips to help you perfect the recipe. Sometimes, I also give substitute suggestions that I think you may find helpful. 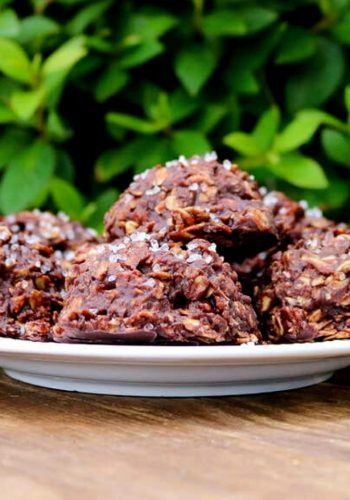 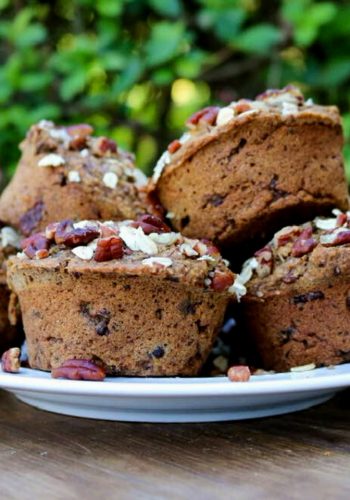 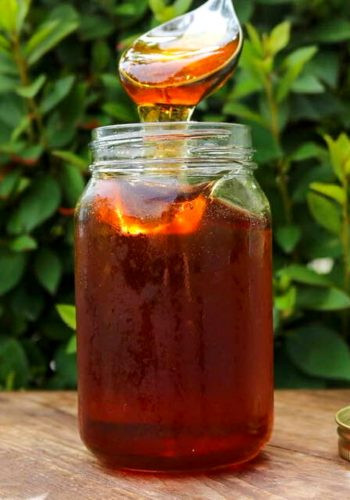